To minimize long-running requests in the IDP, we’ve moved calls that talk to vendors to background jobs. We have implemented those background jobs as jobs using GoodJob.

We have two kinds of proofing jobs 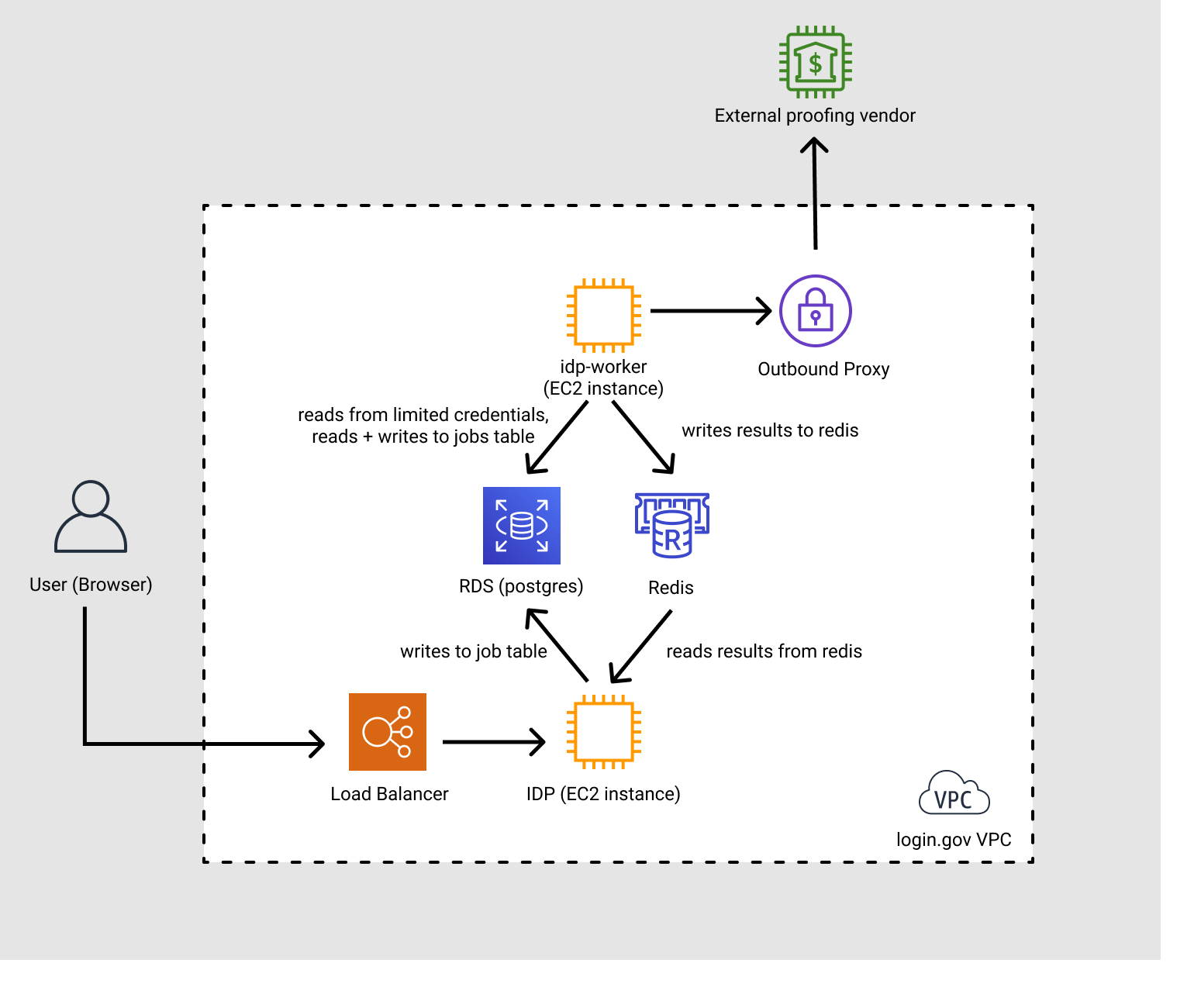 (to update this diagram, edit the Async Architecture file in Figma and re-export it)

The lifecycle of a job:

The browser encrypts images before they are uploaded to S3. The browser generates 256-bit AES key, with a separate 12-byte random IV per image. It uses AES-GCM.

The server stores job arguments in RDS. The Ruby code encrypts arguments that contain PII using the same encryption to encode a session: AES-256-GCM inside of an AWS KMS-encrypted message. The AES key is the application’s session_encryption_key, stored with the application secrets. The application secrets are sensitive config items are stored live in S3 in YAML files, and are pulled down when the app launches and read into memory.

Logging for the workers will go to log/production.log just like the IDP web hosts, which will be ingested into Cloudwatch.

The code for the workers lives in the same repository as the IDP, but is deployed to separate worker instances.

To enable ruby workers in an environment: