To minimize the impact of external HTTP requests on our application performance, we moved those calls to background jobs. 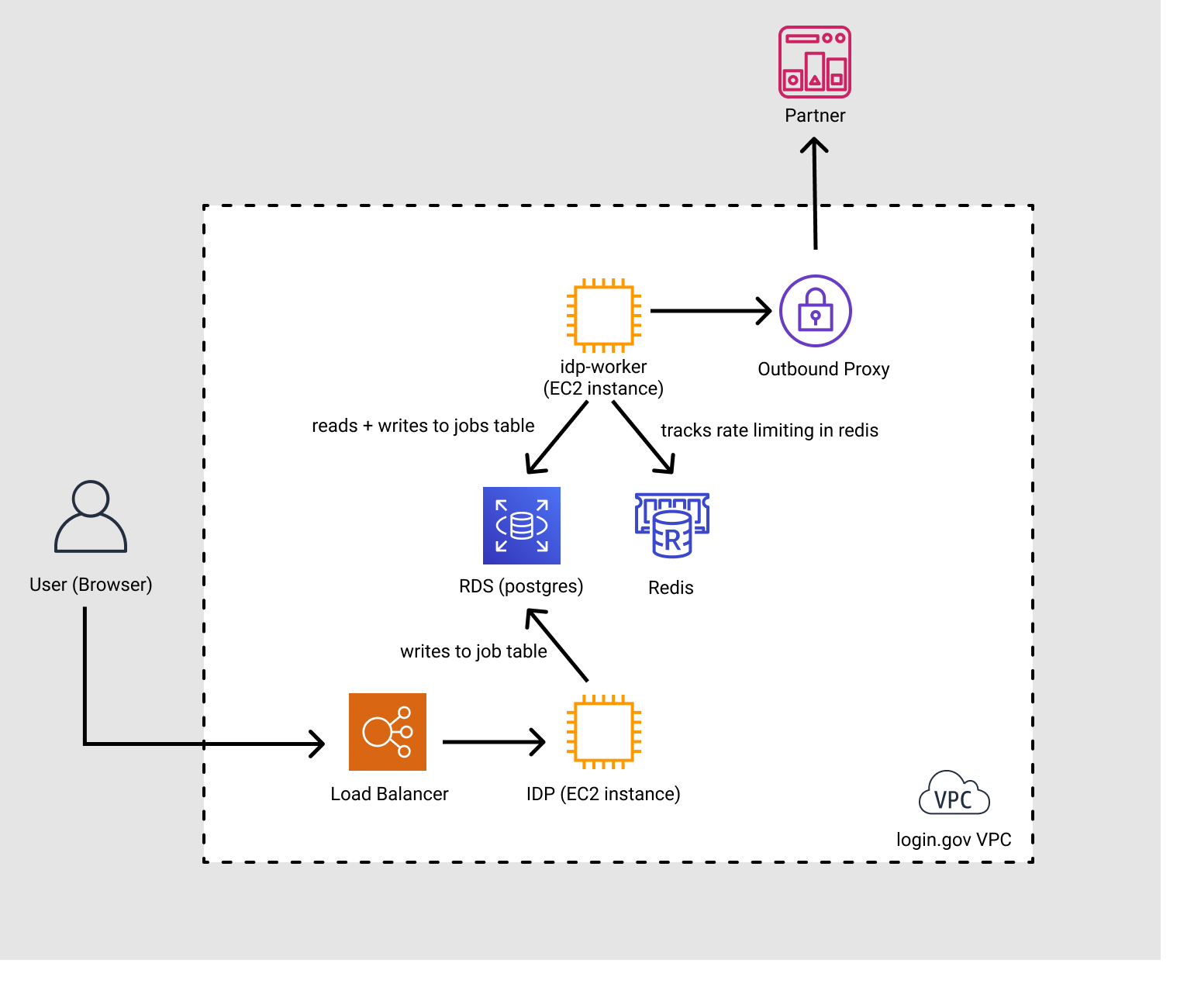 (to update this diagram, edit the Async Architecture file in Figma and re-export it)

The lifecycle of a job:

The jobs deliver JWT payloads which are base64-encoded and signed JSON objects (signed, not encrypted).

The data contained in the JWT payloads:

See the full list of supported events and example payloads

The code for the workers lives in the same repository as the IDP, but is deployed to separate worker instances.